Episode 20 had one of the funniest scenes so far for me. Now that Ra Ra has stopped acting like a spoilt brat we needed a new bad girl and she has appeared in the form of Da Mo’s new girlfriend. 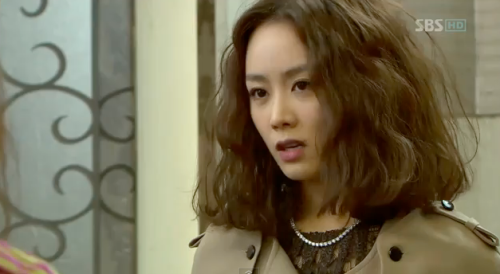 She is supposed to come from a ‘good’ family, but she is not shy about getting into a good old fashioned cat fight in the toilets. Yeah! It all happens in the bathrooms of a bar. First Gong Joo is waiting outside a cubicle but the person inside is just chatting on the phone, not hurrying at all even though she knows there is someone waiting outside. This annoys Gong Joo. I like her feisty character. Gong Joo doesn’t take any nonsense and I like that. Finally the woman comes out of the cubicle and it’s Da Mo’s new girlfriend. Gong Joo doesn’t know who she is though.

Later they meet again in the bathroom…Gong Joo is cleaning her teeth and decides that this time she will be annoying. She refuses to move out of the way. The two women get into a brawl – name calling, face slapping, hair pulling, until Ra Ra arrives to break them up. She tries to pacify Da Mo’s girl. Ironic when it was Ra Ra who was fighting with Gong Joo not too long ago. My, how she’s changed. But then in the bar Ra Ra discovers that the girl is with Da Mo and she takes great pleasure in telling him that she has just been in a fight with Sa Ran’s sister. And the final image of the cat fight hair and red wine mustache is a classic. How can Da Mo not laugh when he sees her? I think she’s going to be trouble! 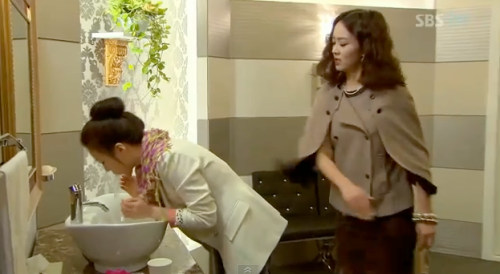 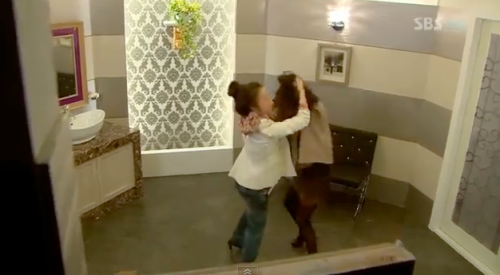 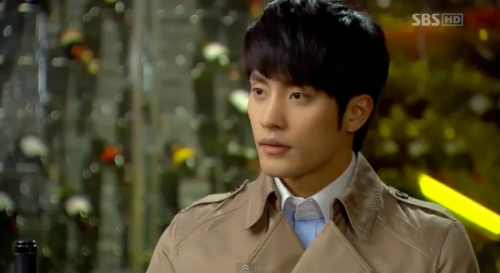 Filed under The New Tales of Gisaeng